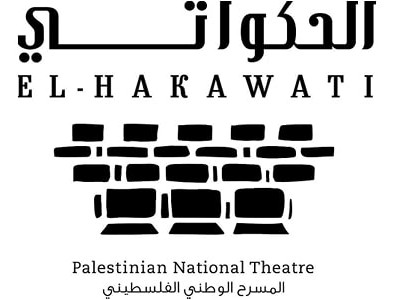 The Palestinian National Theater (PNT), also known as Al-Haqawati or El-Haqawati, is a cultural center and organization located in East Jerusalem.

It is by all outward appearances a cultural institution (theater), but in practice, it serves as a front organization of the Palestinian Authority (PA) and the PLO.

It is no less an institution than its predecessor operated in the Orient House, where an ongoing, planned and targeted campaign is underway to undermine the sovereignty and existence of the State of Israel in Jerusalem.

After the Israeli authorities closed the Orient House in August 2001, the PNT became the de facto headquarters of the PA and PLO in Jerusalem.

The PNT was incorporated in Israel as an association in 1987. According to its registration certificate, its goals are to “cultivate theater culture and the arts in various fields.” While the organization continues to report its activity seemingly consistent with its recorded goals, its recorded actions and violations of the law deem these reports false and explicit misrepresentations of its actual purpose and activities.

Over the years, both in public and in private, the PNT has held activities on behalf of or under the auspices of the PA in violation of the law and infringing on Israeli sovereignty in Jerusalem.

The Interim Agreement on the West Bank and the Gaza Strip (Oslo II) enacted by Prime Minister Rabin in 1995 prohibits PA activity within the city of Jerusalem. Under this law, organized activity, conferences and meetings held in Israel under the auspices of the PA are prohibited by law without a permit.

The institution blatantly violates the law with little disregard, as shown by multiple restraining orders and closure notices issued to the PNT by various ministers of internal security over the years.

One known violation of this law involved a conference held by the PNT marking “Palestinian Prisoner’s Day”, which takes place every year in April. This event is intended to glorify terrorists, commemorate released terrorists and call for the release of imprisoned terrorists.

In this sense, it is both a holiday celebration of terrorism against Israel and part of the PA’s ongoing campaign to praise terrorists and demand the release of captured terrorists, further inciting violence and terror against Israel and the Jewish people. It is important to note that the PA has itself described the event as not “only” about supporting perpetrators but also about supporting their heinous deeds.

It should also be noted that in the past, the association has published on its own English-language website that it cooperates with Ministries of Culture and Education of the PA. This statement on the part of the association itself comes as an admission to the factual infrastructure that undermines the legal restrictions on its activities.

The PNT is one of five arts centers in Jerusalem that have united to form a network called Shafaq (an Arabic acronym for the Jerusalem Network of Arts, which also means twilight in Arabic).

A recent investigation has found that these cultural and civilian institutions are run by activists of the Popular Front for the Liberation of Palestine (PFLP), designated a foreign terrorist organization by the United States, several of whom have served prison terms for acts of terrorism. While some involved with the management of cultural institutions in East Jerusalem are active members and supporters of PFLP, several others are members of the BDS boycott organizations.

In addition, Shafaq has directly received funds from European countries. A document from 2018 states that as part of the “Support Project for Cultural Institutions in East Jerusalem”, on behalf of Sweden, Shafaq institutions received a total of $ 3.7 million, with the Palestinian National Theatre receiving a total of $ 407,300.

On July 22, 2019, Israeli police raided the home of the director of Shafaq, Daoud al-Ghoul. The police detained three directors of Palestinian cultural institutions on suspicions of money laundering, funding terrorism and tax evasion in a joint operation with tax authorities.

Al-Ghoul is a released prisoner, and since his release, he has been active in a long line of seemingly innocent civic organizations, the common denominator of all is the prominent affiliation with the PFLP.

In addition to his role as director of the Shafaq, al-Ghoul serves in management positions in various organizations, including the Denmark House, which funds many of the PFLP’s activities, the Rawa Foundation for Community Development, and the French and Turkish funded Al-Bustan project in Silwan.

Al-Ghoul, who holds a master’s degree from Al Quds University, was a member of the PFLP Health Committees.

Defend Jerusalem is waging a legal war against the Palestinian National Theater (Al-Haqawati or El-Haqawati).

The Palestinian National Theater is an association that should be disbanded without precluding further measures.

The association has repeatedly violated the law, serves as a cover for illegal activity, acts contrary to its recorded goals, and even tries to mislead the Registrar of Associations regarding its purpose and activities.

Our intention is to expose and eradicate the underground foundation that supports the organizations that threaten peace in the holy city and the right of Israel to exist.

Defend Jerusalem has issued a legal notice within the Israeli court system with the aim of investigating and ultimately dissolving the association.

Our legal team has uncovered 20 publicly listed restraining orders issued against the organization by the Ministry of Internal Security detailing its repeated violations of the law in connection with its activities as a front organization of the PA and the PLO.

We demand that the PNT be immediately disbanded for using the façade of a cultural institution to facilitate illegal activity, supporting terrorism and threatening Israeli sovereignty over the city of Jerusalem.